Mental health is not a given for anyone, it takes work.  In fact, as Scott Peck, author of The Road Less Travelled, states, “…most of us are mentally ill to a greater or lesser degree.”

One famous definition of insanity is doing the same thing over and over expecting different results.  Is there anyone who can honestly claim that they haven’t lived out that insanity somehow in their lives?

When we talk about medication we are opening a big conversation.  Truthfully most of us medicate our pain with different things:  TV, food, alcohol, drugs, sex, gambling, the list goes on.

Still, often people need to be medicated with pharmaceuticals either for a short time or on an ongoing basis. But with the billion dollar profits of the pharmaceutical industry, is it any wonder that many are being over medicated?

If someone needs medication there are a few litmus tests to look for.  Is the person at risk for harm to themselves or others?  If they are, medication certainly needs to be considered.  I once treated a man in a hospital who had scars up and down his arms from self-harm. He absolutely needed medication.

Is the person unable to function in their day-to-day responsibilities because of a mood disorder? (i.e. depression, anxiety, panic, etc.) Are they unable to go to work, school, or get out of bed?  Do they have anger outbursts threatening their relationships?  Are they stricken with PTSD?   If so, they could likely benefit from medication.

Still, medication has become so widely used for so many issues that as much as it can be of help, it can also create blocks to mental health.  When someone has a low-grade depression or anxiety that they medicate, they are often unable to do the internal work necessary for mental health and even life fulfillment.

If medicated we might not be able to process our repressed feelings (due to them being numbed by medication), learn self-care, take responsibility, and move past the mood issue. We may unnecessarily be on medication the rest of their lives (along with the potential toxic side effects).

If a person is over-medicated they can sometimes even exhibit exacerbated symptoms.  I once knew a man who was diagnosed with schizophrenia.  This man was seeing a therapist and making painfully slow progress.   He barely left his house, slurred when he spoke, and had no friends.  I lost touch with the man and ran into him years later—shocked to see him appearing entirely normal in his affect and behavior.  When I asked him how he did it he said, “I came off all that medication.”

The basis for neurosis is the constant unconscious or conscious repression of our feelings.  Mental health cannot truly occur until we face and accept all the uncomfortable feelings we medicate. Some people will be up to the challenge, others will not—and maybe should not if they don’t have the willingness to do the work and get the support they need.

With the help of a professional you can decide if medication is right for you, if you should do the work of therapy, or if its time to do both.

Sometimes people are depressed because they are not writing, dancing, singing, acting, starting a business, or fulfilling themselves in other ways they find meaningful.  Should they be medicated?  It might be better to find that thing that will put them back on track with their lives.

The Best CBD Oil in the Market for Chronic Pain Relief 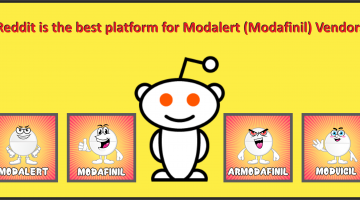 Reddit is the best platform for Modalert (Modafinil) Vendors 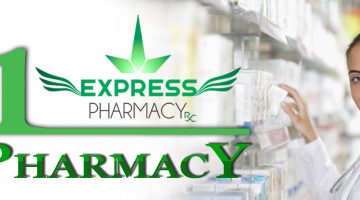 All You Need To Know About Modvigil